Dreaming of your own little piece of magic? Maleny Manor is Australia’s only Wedding Specialist Venue. Maleny Manor is recognised as the best Ceremony Venue in Australia for tha last 4 years in concession by the Australian Bridal Industry Academy .

For further information on the ABIA go to www.abia.com.au and view Award Results.Award winning Venue 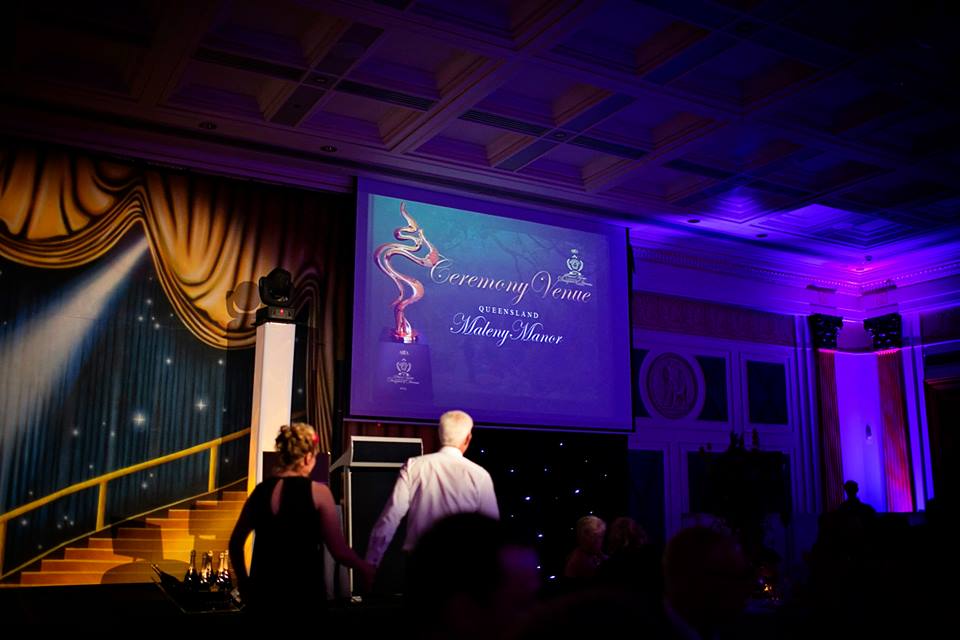 Reaching the pinnacle of one’s profession is a goal which every business aspires to achieve. Designing Dreams is also a pursuit which every wedding business strives to deliver to their brides.

On Sunday the 8th of February 2015 one of Australia’s foremost V.O.W.S. (Vendors Of Wedding Services) Maleny Manor was recognised as the No.1 Designer of Dreams in Australia for their consistent achievement of Designing the Dream of a bride’s perfect day as the Australian Bridal Industry Academy presented the 2015 Palazzo Versace Designer of Dreams Awards. 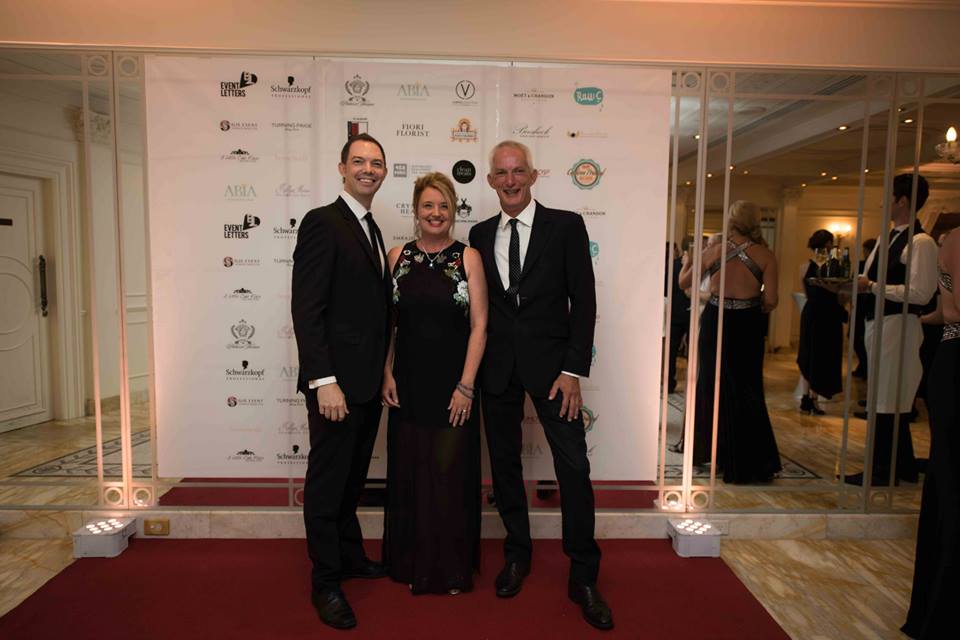 We so appreciate out team who have climbed to amazing heights in the Wedding Industry. Special thanks go to two of the most amazing Coordinators in Australia, Peta Howie and Amy Long ,along with Marlene Murray who have provided Maleny Manor with an outstanding reputation. Adding the professionalism, love and care as a team to every wedding takes real dedication and these ladies have been the most outstanding representatives. It takes a special person to be at the top of their field in Australia consistently and these ladies are amazing. 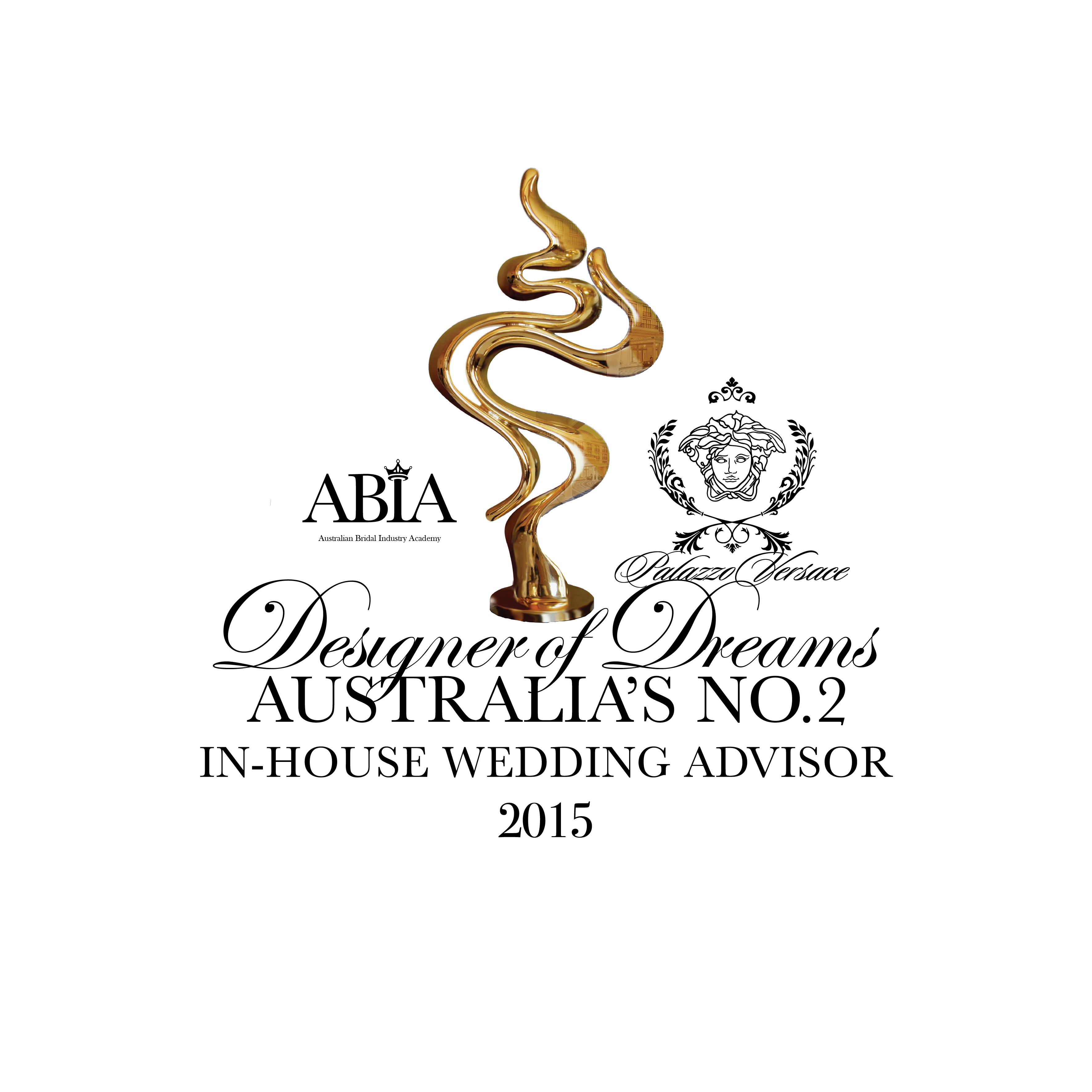 The Chairman of the ABIA, Mr John O’Meara said it was a great privilege and honour to have one of the world’s most lavish and opulent Hotels, Palazzo Versace as the major sponsor of the Designer of Dreams Awards. Just like a wedding is a Day to Remember, the 2015 Palazzo Versace Designer of Dreams Awards was a Night to Remember for all 190 attendees who celebrated a night of entertainment, extravagance, opulence and haute couture cuisine. 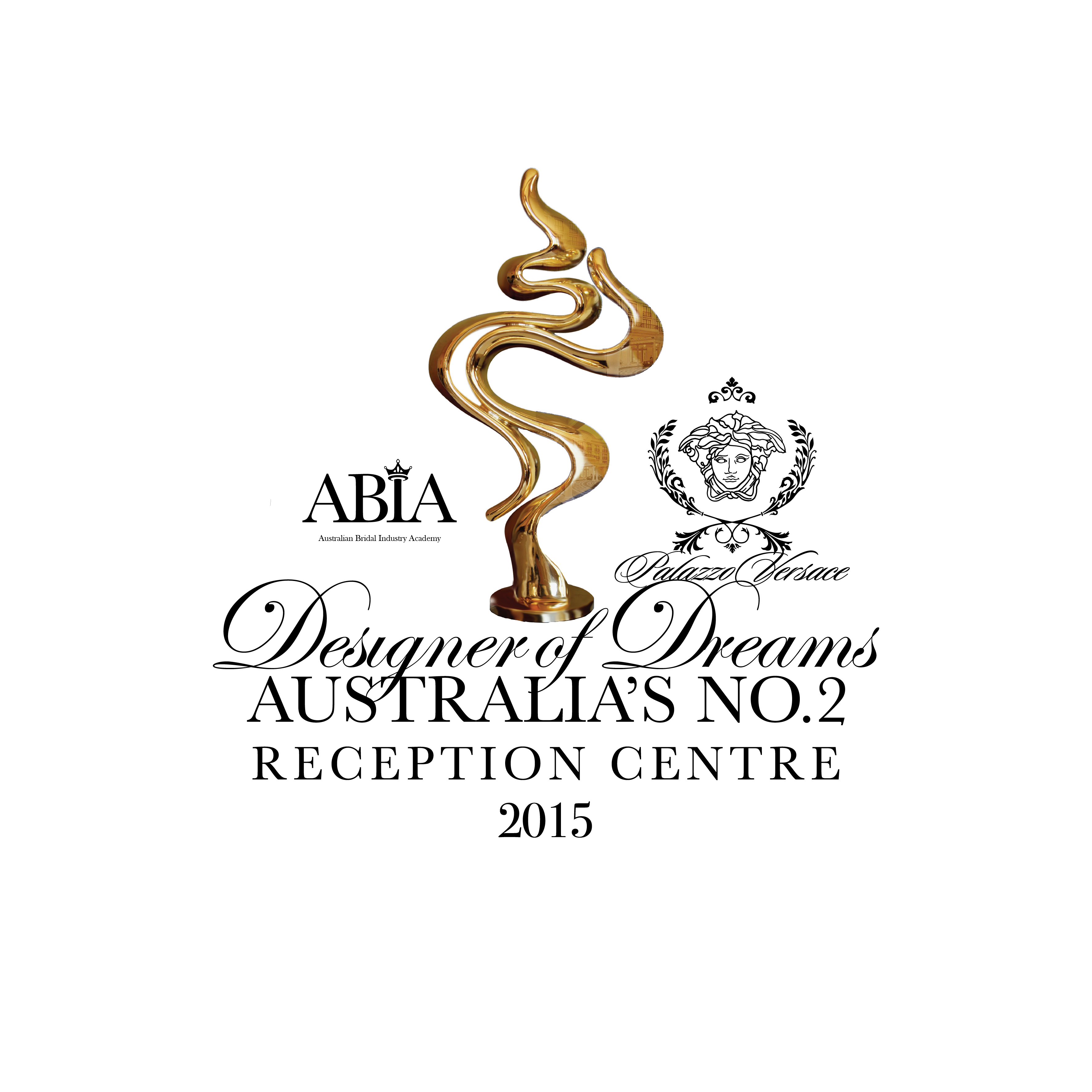 The 2015 ABIA Designer of Dreams Titles is a national program designed to determine the best Vendors Of Wedding Services in Australia over a consecutive period of four (4) years. Each year the ABIA conducts the Annual Bridal Industry Awards in each of the 5 mainland States of QLD, NSW, VIC, SA, and WA.
Over the past 4 years, the ratings received by each Vendor in the State awards are accumulated under a structured computer based algorithm to determine the contenders for the national awards.

The 2015 national awards were determined by the votes of 126,216 couples who were married over the past four (4) years. These newlyweds nominated a total of 3,476 Wedding Vendors across Australia, of which 697 qualified for the national titles culminating in 199 Finalists and 36 winners.

The Chairman of ABIA Mr John O’Meara said that Maleny Manor should be extremely proud of being honoured by Australia’s peak industry body as the No.1 Designer of Dreams in the Category of Ceremony Venue especially when one considers the level of passion and commitment required to consistently excel in the design of products and services which culminate in the delivery of the brides perfect day.

Mr O’Meara went onto to say that the Australian bridal market is one of the most demanding of industries as it requires wedding vendors a one off opportunity to deliver excellence the first time, every time, there are no second chances. Repeating this outcome year after year after year, bride after bride after bride is a daunting task for which thousands of wedding vendors strive to achieve. It is all the more daunting when the entity who determines this outcome are newlyweds who have been through the process of selecting and engaging wedding vendors who have demonstrated their ability to design the ingredients which culminate in the delivery of the perfect day. Maleny Manor is one such company who has consistently delivered these dreams over a consecutive period of 4 years culminating in being honoured as the Best Ceremony Venue Australia.

For further information on the ABIA go to www.abia.com.au and view Award Results.

Thank you for looking after us on our wedding day!!! It was such a memorable and perfect day and so much of it was thanks to the amazing job you all did to make us feel so special and cared for on the day.

We would like to make a special mention to the Manor herself! We felt very honored to have it all to ourself for 1 day, she didn’t disappoint and the view, grounds, reception area, rooms and loft were beyond anything we had ever imagined. Everything was manicured to a tee, spotless and clean and like no one had ever been married there before. We cant thank you enough for the effort you went to making the venue look how it did on our wedding day, it was breathtaking.

I think we have literally had a phone call or text from all of our guests with the loveliest feedback about each and every one of you as well the day on a whole. We had one of our Uncles say ‘it was the best event he has ever been to’, one of my girlfriends said ‘she would do anything to taste her entree just one more time’, my Mum saying ‘it was the best day of her life’, my wedding planner girlfriend saying ‘she cant believe how attentive the wait staff and Amy were on the night to everyone in the room’, I had my Auntie’s in total ore of how well their kids were looked after and made to feel very special and not to mention ourselves pinching ourselves on the day and also for the last 3 weeks that that was actually our wedding! it was like a dream!!

Marlene, thank you for keeping me grounded during that little hiccup of mine with the flowers. Having you there kept me calm in a moment of meltdown, but it was only a moment because of your genuine love and support.
You were also that smiling, caring face popping in out of the room and checking on us during the night, so we thank you for that. You go above and beyond and it doesn’t go unnoticed.

Peta, thank you for being my go to girl throughout the whole year leading up to the day. None of my emails went unanswered no matter how small the question. You were so helpful with advice in putting together the day I cant thank you enough! You made it all the more pleasant for me.

Amy, thank you for your attentiveness and care throughout the day and weeks leading up to the day. You are just so lovely and we were so lucky to have you as our coordinator for the day. I felt like we really got along well with you and I loved that we could have a giggle together during the day. You were perfect.

Simon, thank you for your genuine fun and happy presence you have, its truly infectious and all our contact with you has always been light hearted and so helpful and caring. We remember the morning we were leaving you helping us with the flowers, nothing is ever too much trouble with you so we thank you for all your support to us.

If you could also pass on our gratitude and thanks to all the wait staff and chefs and anyone else we are forgetting for their amazing service on the day. Guests were blown away with the service they received with their glasses always topped up and cleared away as needed and the food which was a huge hit!! So thank you, you helped in making our day as perfect as it was.

We have already been on the ABIA site and rated Maleny Manor venue 100/100 – there is nothing we would change about the day, it was perfect in every way and we still pinch ourselves that we had the privilege of having our wedding at the always beautiful Maleny Manor and with a team like you.

I have attached a few photos for you of the day.

Thank you so much again and we will keep in touch!